What Happened at COP26?

The 2021 UN Climate Change Conference, better known as COP26, concluded on November 12 after two weeks of negotiations by world leaders in Glasgow, UK.

As a member of the International Transport Forum (ITF) Corporate Partnership Board (CPB), AUTOCRYPT’s Co-Founder and CEO Daniel ES Kim called for climate actions at the ministerial meeting on November 9, collectively with other business leaders on board, emphasizing AUTOCRYPT’s commitment to decarbonizing transport.

Implications for the EV Industry

Regardless of the rhetoric, COP26 made an unprecedented emphasis on the criticality of fossil fuel exploitation to the ongoing climate crisis. The agreement specifically demands governments to phase down fossil fuel subsidies. Currently, about half a trillion dollars in subsidies were spent by governments worldwide to lower the price of fossil fuels for consumers, more than triple the amount spent on other renewable energies.

The new agreement will likely pose more pressure on manufacturers and consumers of ICE vehicles, making electric vehicles (EV) more financially appealing to both automotive OEMs and end consumers. But setting aside discussions of money and politics—let us go back to the fundamental question: Are we ready to fully commit to EV adoption?

Are We Ready for EV Adoption?

The short answer is yes. Today’s EV has come a long way from its early days. Since the COVID-19 pandemic, EV sales have grown exponentially, even in regions where government subsidies have been decreasing, showing that consumers no longer need financial incentives to purchase EVs. Most potential buyers in the car market today are seriously considering purchasing EVs.

The booming EV adoption rate is not simply due to increased environmental awareness, nor purchase incentives and tax breaks. It is more so a result of technological advancements in EV design, powertrain, battery, and supply equipment (EVSE), all of which contribute to better overall reliability. Below, we look at how these advancements helped the industry overcome all the barriers to EV adoption.

How Have We Overcome the Barriers to EV Adoption?

In the early days of the EV, range anxiety was the biggest concern for all potential buyers. Many feared running out of power prior to reaching their destination. In 2013, the average range of all EVs in the market was about 219 km (136 mi), less than half the travel range of gasoline-powered vehicles, which on average can travel between 450 to 550 km (280 to 342 mi) on a full tank. Given that there were very few public charging stations back then, range anxiety was a real fear for EV owners. Even though 219 km was beyond the distance of most daily commutes, long-haul travels were virtually impossible due to the lack of public charging stations, making it a significant drawback as compared to ICE vehicles. As a result, most early adopters at the time only drove their EV as a second car for traveling within the city.

We are in a different world now. For the past five years, automotive OEMs and suppliers have dedicated large portions of their R&D spending on advancing battery technology and motor efficiency. Thanks to these efforts, the median range for EVs has exceeded 400 km (250 mi) in 2020. Most flagship models made by world-class OEMs can now travel longer than 450 km on a single charge effortlessly, with a few outperformers boosting a range over 600 km (see figure 1).

Clearly, ICE vehicles no longer have an advantage in range over EVs. This explains why even private taxi operators are now adopting EVs considering that a range of above 400 km is adequate for a full day of operation. By now, the EV industry has largely eradicated range anxiety.

Having a long range was not the only cure to range anxiety. For many frequent travelers, having a charger at home does not help the long-haul overnight trips away from home. In this case, public EV charging stations allow the driver to top up their car during their trip, perhaps anywhere along the way or at the hotel.

Among the United States, European Union, and China—the three largest EV markets—the US is in fact the worst performer of the three. Looking at the EU, there are reportedly 225,000 public charging ports across the continent (excluding Norway and Turkey), nearly twice that of the US. And in China, there are nearly 924,000 public charging ports registered in mid-2021. Consumers in these well-established EV markets can now make long-haul overnight trips without the need to worry about charging. Moreover, the number of public EV charging stations is expected to grow at an astonishing rate. The EU is planning to establish a network of 1.3 million charging points by 2025, six times the current figure. Compared to gas stations, EV charging stations do not require additional space and are much cheaper and easier to build; most are installed on existing parking lots.

Recent developments in EVSE have also shrunk the average EV charging time remarkably. Most home chargers (7 kW) can easily charge a typical EV from empty to full in about eight hours. Fast and rapid chargers found at public charging stations (22 kW fast or 43-50 kW rapid) can fill up an EV in between one to five hours. These are especially common at office buildings, shopping malls, and service plazas near highways, where people can top up their cars for an hour or two while working, shopping, or eating. The fastest rapid chargers today (150kW rapid) can fill up a Tesla Model S in less than an hour and add up to 160 km of range in less than 35 minutes. Nonetheless, these chargers remain relatively rare and are not compatible with all EVs.

For the average consumer, charging time should no longer pose any inconvenience. Expect to charge at home about once or twice a week, while occasionally topping up at public charging stations during longer trips away from home. With a little planning ahead, you should be able to easily blend vehicle charging into your schedule and never need to spend a minute waiting for charging.

After overcoming all the above EV adoption barriers, the last concern for some potential EV buyers is the perceived complexity in charging. Those who use public charging stations frequently might find it a hassle to keep a handful of membership cards or mobile apps for different charging point operators (CPO).

To simplify this process, AUTOCRYPT is actively working with the EV charging industry to accelerate the application of Plug&Charge (PnC) technology, an advanced charging and payment system that automatically verifies the vehicle when the charger is plugged in, then authenticates the transaction in the backend without the need for any RFID cards or mobile apps.

This verification and authentication process is conducted by AutoCrypt PnC, a secure V2G (vehicle-to-grid) communication interface based on ISO-15118-compliant AutoCrypt PKI technology. By 2023, PnC-enabled charging stations with V2G bi-directional charging will be widely available.

To stay informed with the latest news on mobility tech and automotive cybersecurity, subscribe to AUTOCRYPT’s monthly newsletter. 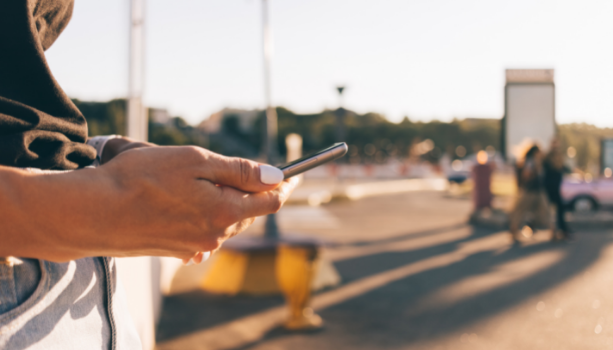 A Technological Path Towards Universal Mobility