The Challenge of Megacities

As the fourth industrial revolution continues to transform the global economy, people around the world are flocking to cities in the seemingly never-ending urbanization trend. Apart from global cities like New York and London, nearly every regional population center around the world is experiencing population growth, forcing these cities to expand into nearby suburbs by building new roads and infrastructure.

Consequently, the problem with expanding outwards is that these cities become so large, forcing their residents to travel long distances on a daily basis – not just for work, but also for social gatherings, shopping, and recreational activities. This puts significant strain on roads and highways, leading to constant traffic jams and frequent accidents.

Many suggest public transportation as a solution. Indeed, well-operated subway and buses may be convenient for inner-city travel, but for a megacity with a dozen satellite cities surrounding the core, building public transportation becomes expensive, and usually takes decades of construction. Moreover, let us be honest, a 20-station subway ride might not necessarily be a better alternative to being stuck in traffic.

Hence, we should not blindly blame the municipal governments for not building more subway lines, expecting public transportation to solve all problems. Even though public transportation is great for short to medium distance travel, but for long-distance trips, we must address the problem at its roots: to improve roads and infrastructure.

Smart City and the Intelligent Transportation System (ITS)

Improving roads does not simply mean adding additional lanes, because wide roads and highways can lead to excessive lane hopping and cause even more delays. Thus, instead of making wider roads, a better alternative would be to make smarter roads.

In this article, we will look at a list of smart cities in the world and their special contributions and achievements in advancing the ITS.

Hong Kong has long been a global financial center and transportation hub that sits at the center of the Asia-Pacific region. Despite having more than 7 million residents, the city had very limited land for suburban expansion due to its administrative and physical geography. This forced the city to build a sophisticated network of roads and highways, with roughly 800,000 registered vehicles sharing over 2,000 km of road – nearly 400 vehicles for every kilometer. Due to such pressure, Hong Kong became one of the first cities in the world to adopt an Area Traffic Control (ATC) system. The system uses CCTVs installed at signalized intersections to provide real-time information on traffic flow. The traffic controllers then analyze such information to gain insights on where accidents frequently occur and adjust traffic signal lengths optimized for both motorists and pedestrians.

Like Hong Kong’s ATC system, the capital of the Australian state of New South Wales has gone a step further by developing an Adaptive Traffic Signal Control (ATSC) system that is capable of adapting to the real-time situation. Patented and owned by New South Wales, the system is hence named the Sydney Coordinate Adaptive Traffic System (SCATS). SCATS adjusts the timings of green and red signals based on the real-time traffic flow of each direction. Hence instead of having fixed time durations for each signal, an optimized duration is calculated in real-time using the data collected by CCTVs as well as sensors built into the ground. Apart from New South Wales, SCATS is currently installed in almost all signalized traffic intersections in Australia, as well as over 55,000 intersections across 187 cities and 28 countries worldwide.

As a city-state, Singapore’s issue is very similar to that of Hong Kong. With over 5.7 million residents living in a land area of only two-thirds of that of Hong Kong, the city’s government had no choice but to discourage personal vehicle ownership by enforcing a 100% import tariff and additional registration fees that bring the cost up to three to four times the market value. Nevertheless, Singapore has also adopted a sophisticated ITS in more recent years. To manage the ITS, the city introduced i-Transport, an integrated platform that stores and manages raw data collected from the traffic sensors. Its major role is to analyze these data into useful information to help road development and planning. The i-Transport platform has enabled a variety of useful services, including the Parking Guidance System (PGS). The PGS collects real-time information on leftover parking spots in nearby parking lots and displays this information on large digital information panels on the roadside so that drivers can easily find the nearest parking lot without having to circle around downtown streets looking for available parking space. As Singapore’s ITS continues to make its roads smarter, hopefully, the government will be able to slowly relieve the astronomical costs of purchasing cars.

Cities in North America face a very different problem than that of Hong Kong and Singapore. Since most cities have plenty of space surrounding them for urban expansion, a North American “city” is usually a large metropolitan area that interconnects dozens of cities and towns. To put it in perspective, despite San Francisco proper being home to only 900,000 residents, nearly 5 million people live in its metropolitan area. Since these cities are bigger, their local streets tend to be less crowded. However, the highways that go through them face constant congestion, especially when a highway acts as both the inner-city highway and the interstate highway, like the Ontario 401 – the busiest highway on the continent. The biggest problem for American highways is that they have too many lanes. Las Vegas has an interesting solution to organize traffic on these highways. Its Active Traffic Management (ATM) system consists of large, high-resolution digital panels on top of the highways. The system uses cameras and sensors to collect big data and analyze them so that they can accurately estimate traffic conditions and travel times for each individual lane. It then displays the average speed ahead for each individual lane, as well as putting an “X” above lanes that are closed ahead due to traffic accidents or constructions. The ATM system helps drivers make informed decisions on which lanes to use and when to switch lanes without having to blindly change lanes back and forth.

With over 20 million residents in its metropolitan area, New York City is by far the most populous urban center of the United States. This has pushed the Big Apple to develop an ITS that focuses on smoothing traffic. Recently, New York City signed a contract with Transition Networks, an IoT manufacturer, to add internet connections to the cameras and sensors of over 10,000 signalized traffic intersections across the city. These connected devices allow for centralized management and remote maintenance, reducing the need for any physical workers to be present on site.

Barcelona has been a leader of smart city transformation in Europe. Over the past decade, all the streetlights in Barcelona have been replaced by an LED-based lighting system. The system can automatically adjust its brightness and angle based on environmental information like temperature, humidity, pollution, and visibility. It is also capable of detecting noise so that the lamps can switch on and off depending on the existence of pedestrians. Not only does this new lighting system save energy, but it also reduces the heat generated by conventional lamps.

This island city of South Korea is one of the world’s pioneers in developing a Cooperative Intelligent Transport System (C-ITS). Different from ITS, which uses collected data to provide useful information, a C-ITS involves real-time exchange of information between roads, infrastructure, and the vehicles themselves, making it a crucial part of the autonomous driving experience. The city has also introduced a number of C-ITS devices that can be installed into cars, providing drivers with real-time information on the roads ahead, warning drivers on emergency vehicles passing by, road closure, and even slippery road conditions (based on data collected from other vehicles). To learn more about C-ITS, read: 7 Major Functions of Cooperative Intelligent Transport Systems.

As advancements in automotive technology bring us connected cars and autonomous driving.  smart cities are taking a step further to develop C-ITS with the goal of establishing a safe and seamless experience of connectivity on the road. Yet, autonomous driving has also brought us a new challenge; since data involved in C-ITS directly impact vehicle behaviour, they must be safely guarded against manipulation and theft.

This is one of the main reasons AUTOCRYPT was founded. As a built-in software development kit, AutoCrypt V2X uses sophisticated encryption and authentication technologies to ensure that all V2X-enabled units are verified and all data in transmission are safely protected.

To keep informed with the latest news on mobility tech and automotive cybersecurity, subscribe to AUTOCRYPT’s monthly newsletter. 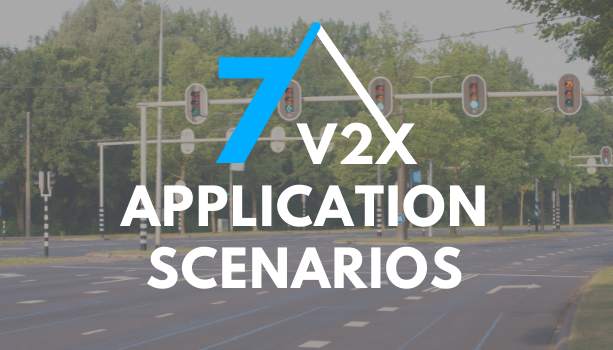 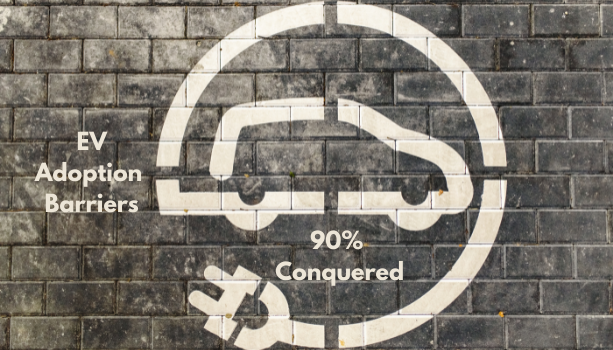 COP26: How We Have Overcome Barriers to EV Adoption 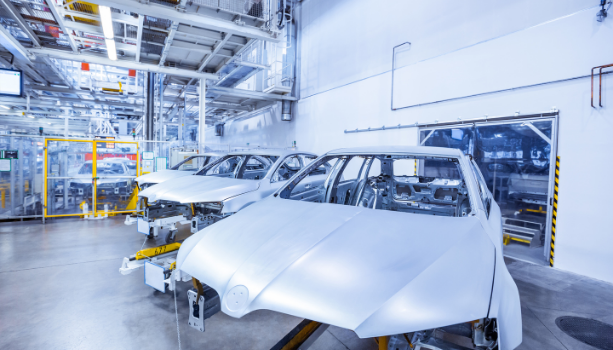 3 Stages of In-Vehicle Security: A Step-By-Step Guide to Vehicular Cybersecurity